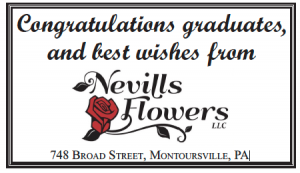 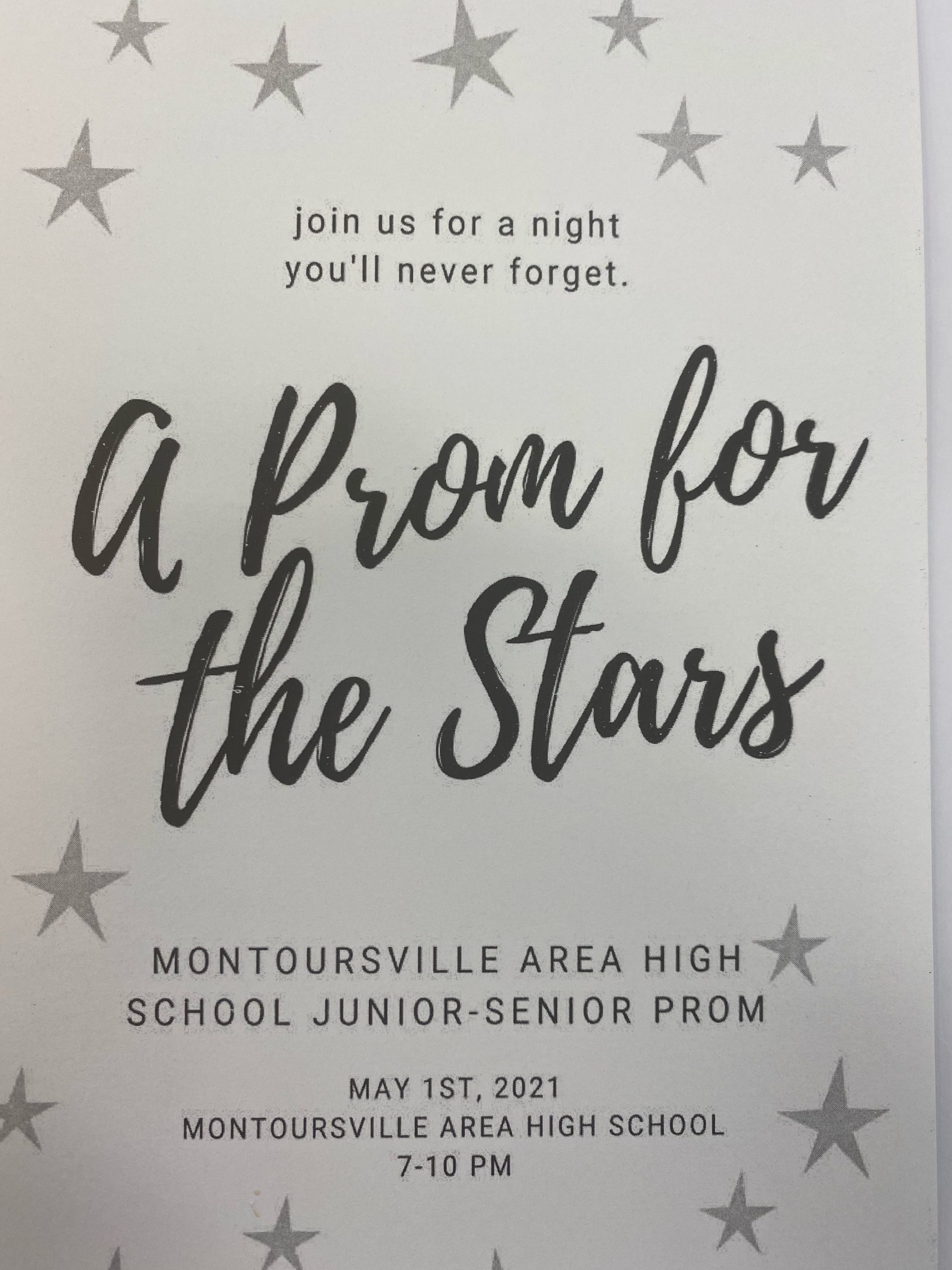 Anticipating a Prom for the Stars

MAHS is planning an adapted prom to accommodate all CDC guidelines while still giving students a night to remember.

Following the cancellation of last year’s prom, many students were left uncertain as to how a prom this year would happen. The junior class officers and advisors have spent the last several months searching for different possible locations and modifications.

As the year progressed, prom was finally given the green light from the administration. It will take place on May 1st on the practice field located between the high school and Memorial Stadium.

“I don’t have many expectations for prom, seeing that I was not even expecting one,” said senior Gracye Winger, who last attended Montoursville’s last prom in 2019. Her sentiment was shared by many of her classmates, as much of the student population believed that prom wouldn’t be a possibility.

Junior Alexis Hartland is viewing this year’s prom as an opportunity to help students feel more of a sense of familiarity. “I am overall extremely glad that we are at least having a prom,” said Hartland, “and we are beginning to go back to normal.”

Melissa Reeder, a sophomore who will be attending prom with an upperclassman friend, expressed similar sentiments. “I’m hoping we can adhere to the mask mandates to keep everyone safe and still have fun,” said Reeder.

An outdoor prom is uncharted territory for many of the people at MAHS. Uncertainty with weather and a soft, grassy ground is moving many students to consider wearing flats, sandals, or even sneakers instead of high heels with their prom dresses.

Many students are shopping for their prom dresses, an experience often considered to be one of the biggest hallmarks of the prom experience.

A lot of shoppers are opting for the popular Amber Rose Bridal in Williamsport, including Winger. Hartland bought her dress at Formalities in Bellefonte, and Reeder bought hers at Bloomingdale’s in the King of Prussia Mall.

“They actually had me try on a dress that was not something I was originally interested in,” said Hartland, “that I fell in love with and bought.”

More cost-effective alternatives can include the popular Cinderella’s Closet experience in Williamsport.

Even though the prom this year is slated to be the most untraditional prom in recent memory at Montoursville, a lot of students still have hope for a memorable night with friends.

“I really hope,” said Hartland, “that even though prom does not seem to be what everyone’s expectations are, that we all still go and have a great time no matter what.”